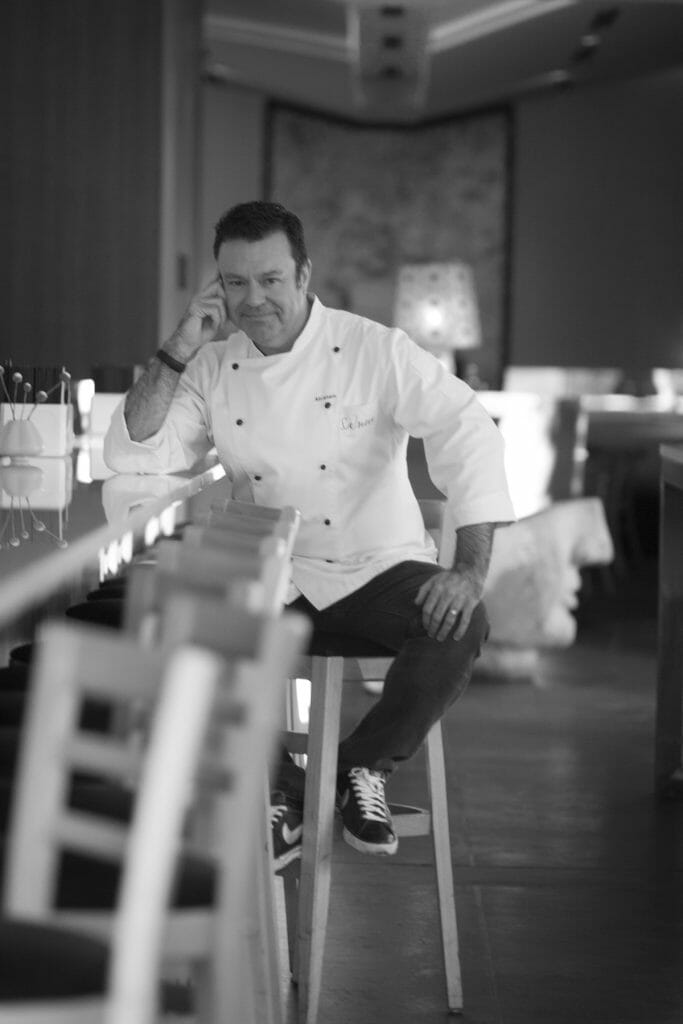 With Lebanese, Italian and Spanish heritage, Abraham Salum grew up in Mexico City. In 1989 Abraham left Mexico for the United States where he attended and graduated from the New England Culinary Institute in Montpelier, Vermont. After completing his formal culinary education, he decided to continue honing his skills by working in kitchens in Provence, France and Brussels, Belgium before returning to his native land of Mexico and the resort town of Cancun. In 2000 Abraham returned to the United States and began work in San Antonio, Texas as the Executive Chef at the Havana River Walk Inn. In 2001, Dallas, Texas called and Abraham joined Parigi Restaurant as the Executive Chef and later partner. In 2005, Abraham opened his namesake restaurant, Salum, to rave reviews in the trendy area of Uptown in Dallas. A highlight for Abraham was becoming a US Citizen in 2010 as he celebrated the fifth anniversary of Salum and opened Komali Restaurant to showcase the contemporary Mexican cuisine he grew up with.

Abraham’s vision is to create restaurants that set standards, rather than follow them. Chef Salum is committed to overseeing an overall culinary experience that is celebrated by guests, distinguished by extraordinary food, and staffed by attentive professionals well educated on cuisine and wine. The recipient of numerous local accolades, Abraham was invited to cook at the famed James Beard House in New York in Oct., 2011 and was invited to return in Nov., 2013 with a Mexican menu.

Abraham is honored to have been invited to attend several culinary festivals and engagements as a guest Chef, including Prazeres da MESA in Brazil, The Punta Mita Golf and Gourmet Classic, The Mayakoba Masters of Food, Wine and Golf and The World Residences at Sea.

Salum restaurant opened its doors on September 1, 2005. A dear friend offered to cosign on a line of credit with the agreement that as soon as the loan was paid off or refinanced, she would be off the the partnership.

The line of credit was paid and I was given a loan, thus becoming sole owner of the restaurant. Since it’s conception I have been the chef and manager of the business. Salum has received numerous accolades from national and international publications through the years.

I graduated from culinary school in 1990 and have worked in kitchens in Mexico, France and Belgium. I became a US citizen in 2010 which was a highlight in my life, this country is really the land of opportunity if you work hard and are honest.

Salum is a neighborhood restaurant and it employs about 25 people. I have employees that have been with me for over 10 years, we don’t have a large turnover as we are very lucky to have a regular clientele that we know by name and that come every week to see us.

Salum has a growing catering business and we will hopefully be employing two or three more people permanently to run the catering business. We recently acquired a small catering van for that purpose. As of 2015, 25 % of our business was catering revenue.