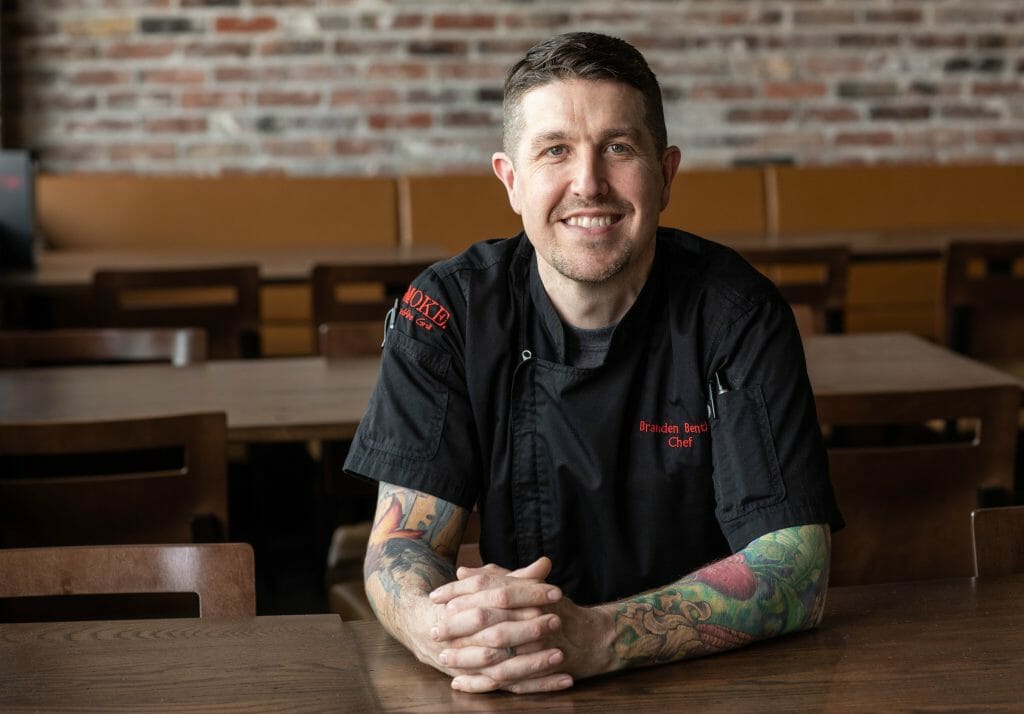 Branden was born in Modesto, California and made his way to Missouri with his family in 2005, where he discovered his love for all things culinary. After earning his A.A.S. of Culinary Arts, Branden quickly excelled in his career holding the title of Executive Sous Chef and Executive Chef of well-known restaurants in Springfield, MO and the surrounding area. He also spent a year as a culinary instructor at Victory Trade School. Branden has completed stages in Michelin star restaurants in NYC, competed in various cooking competitions and received specialized training at the Culinary Istitute of America. Most recently, he placed second in the Wright Chef Competition in Bartlesville, OK which connected him to the Tulsa and OK culinary community. In November 2018, Branden accepted the position of Chef de Cuisine at Smoke Woodfire Grill in Owasso and made the move from Missouri with his wife, Olivia, and two dogs, Haily and Bocephus