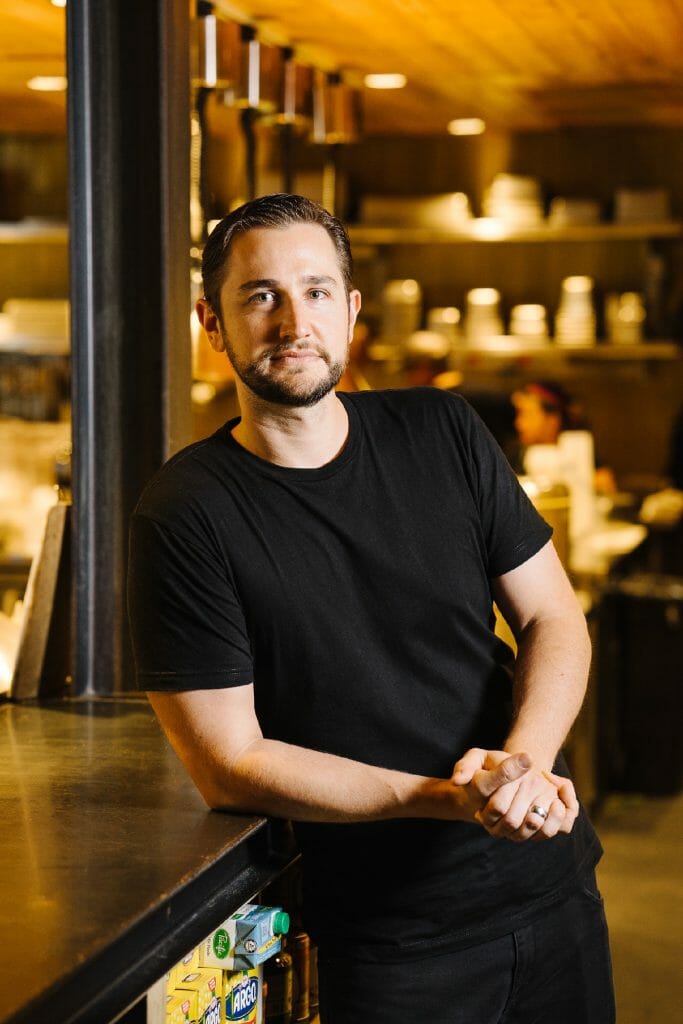 Born and raised in the South Florida food scene, Charles Schlienger discovered his passion for cooking at a very young age and came to love the local food culture. Its distinctive “world” cuisine atmosphere has given him a unique way to think about food and to approach new menu creations. Blending aspects of Latin American, Asian and French cuisine with his affinity for contemporary Italian fare. For eight years, Charles honed his culinary skills within the renowned Todd English Enterprises group opening up several restaurants under the TE namesake including Da Campo Osteria and Olives Atlantis in the Bahamas where he served as Chef de Cuisine. When the time came to expand his horizons beyond the TE restaurant group he discovered an amazing opportunity for tutelage under chef Tim Rattrey of The Granary Cue & Brew in San Antonio where he soaked up as much knowledge of modern Texas BBQ as he could. He soon took over the kitchen at FRC’s North Italia located at the Domain in Austin where he served as the Executive Chef helping to establish culinary and financial systems that the company could use to further its local growth and success. Now calling Austin home, BBQ is clearly a major influence in his cuisine while manning the kitchen at Sway Thai as he prepares for future locations. His modern takes on classic Thai dishes fusing local ingredient with western and Texan techniques are driving the success and expansion of the cuisine at Sway. Look for him soon at the Domain and Westlake Sway openings in 2018.