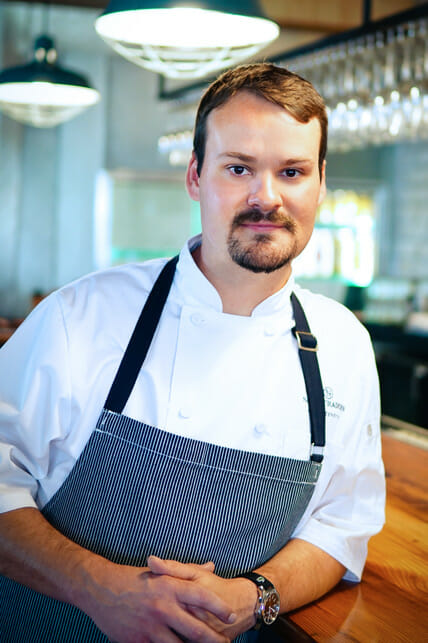 Jumping into the culinary world at a very young age Chris Teneyck has had a long time passion for the restaurant industry. At a young age his father owned a restaurant where he began developing his love for the industry, the people and of course the food. Over the years, Teneyck worked under influential leaders of the central Texas culinary scene who helped shape his style, depth and knowledge.

In 2009 recruited by long time Austin chef veteran Jack Gilmore to develop the very popular farm to table concept, Jack Allen’s Kitchen. As of 2017 the concept has grown to 4 locations in and around the Austin area. In 2016 the chef duo started their newest venture Salt Traders Coastal Cooking, a seafood centric restaurant in Round Rock Texas. This gave Teneyck a whole new outlet to build knowledge surrounding the seafood world and opportunity to develop new relationships with fisherman and seafood vendors. Although he has partnered with Fruge since Jack Allen’s Kitchen, the partnership really took off with Salt Traders. “We put a huge emphasis on the Gulf of Mexico” but with the help of Fruge Seafood, Salt Traders Coastal Cooking sources fresh seafood from all over the globe.

Teneyck’s culinary philosophy and passion reflects the growing trend towards a Sustainable sourcing of products. Building relationships with fishermen, shrimpers, crabbers, oyster purveyors to seek out the finest and freshest products available.