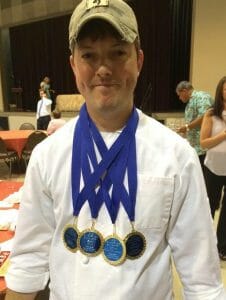 Chef/Owner Jason Huguet has been with the Steamboat Warehouse Restaurant since 1994. where he began as a dishwasher/busboy. Since then he has worked his way up the ladder, officially becoming owner on June 28111 2006. Jason graduated cum laude from The Chef John Folse Culinary Institute at Nicholls State University where he received a Bachelor of Science Degree in Culinary Arts, class of 2000. He has worked with chefs such as John Folse himself and was an intern under Chef Paul Prudhomme of K-Paul’s Louisiana Kitchen in New Orleans. He has won numerous medals over the years in local cooking competitions and was voted “Best Chef’ in ’06, ’07, ’08, ’09, ’10, ’11, ’12, ’13, ’14, ’15 & 2016 in the Daily World’s Best of the Best, and is a member of the ‘Global Who’s Who.’ Jason is also a co-host of a local tv show called ‘What’s Cookin!”, appears once a month on KALB channel 5 Alexandria, and was recently awarded one of the highest honors, the Louisiana Restaurant Association’s “Restauranteur of the Year” of 2012. 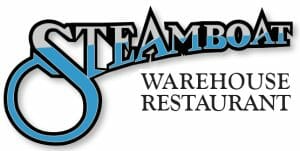