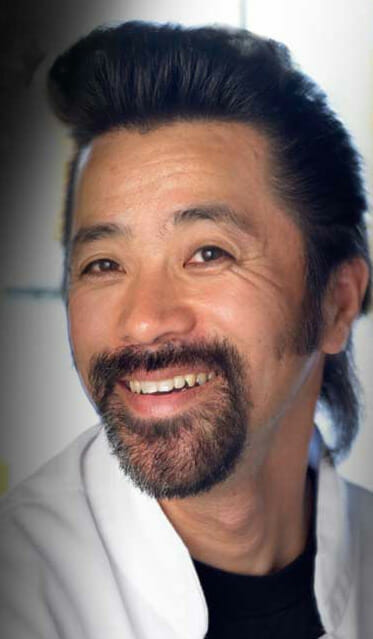 Our “King of Wok” – “Elvis” – is fast becoming one of Dallas’ hottest sushi chefs, if not already a cult icon.

Shuji Sugawara moved to the U.S. to study English and began working in Plano’s authentic Japanese restaurant Nakamoto. After three years of study under Mr. Soda Takashi, now owner of Sushisake in Richardson, Shuji moved on to work at Anzu on McKinney Ave. The only sushi Chef at the Pacific-rim Cuisine establishment, he further mastered his art. Four years later found his new opportunity at Tei-Tei Robata Bar on Henderson. His last stint at Teppo progressed him further toward the cult status he now enjoys.

If he’s not practicing his art, he’ll be riding his motorcycle or keeping up with Buick and Stanley, his two Siberian Huskies.