Potential world record tuna could also be a $1-million fish 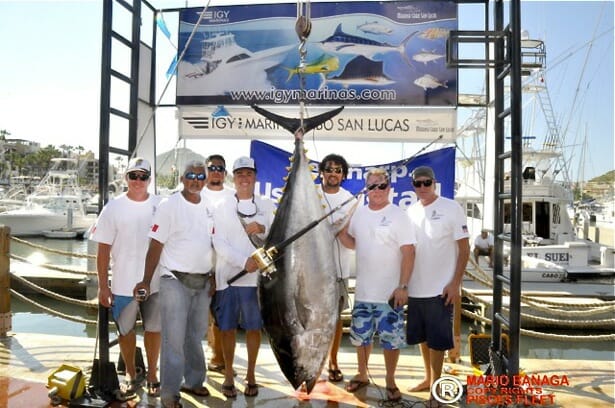 Guy Yocom and his group of anglers had seen a few large tuna leaping among dolphins, but did not know how large they were until Yocom hooked and landed one Tuesday off Cabo San Lucas. The behemoth weighed 421 pounds on one certified scale, and 427.5 pounds on another, and both tallies shatter the world record weight of 405 pounds.

Read more about it…