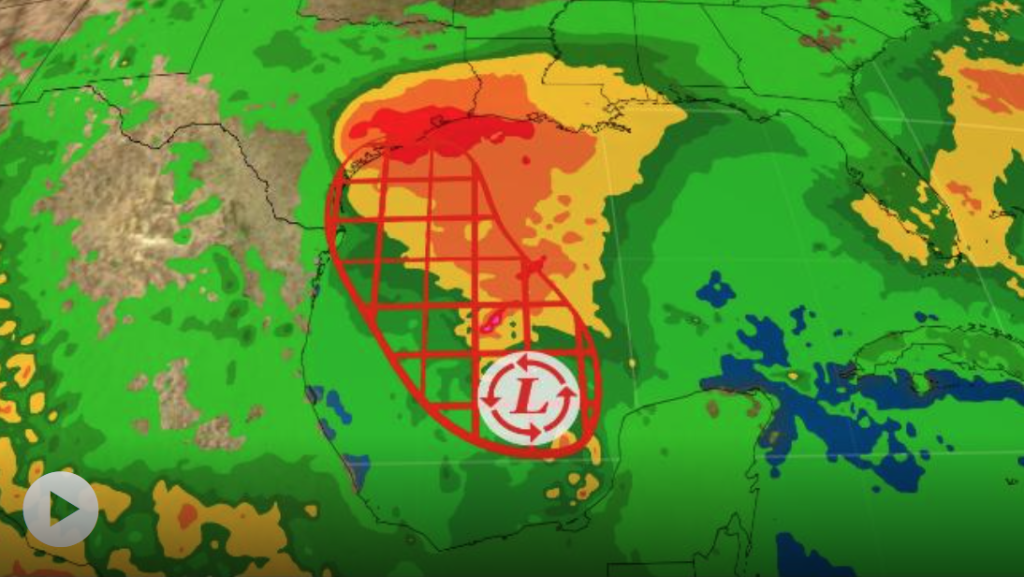 The remnant of what was once Tropical Storm Harvey will redevelop in the Gulf of Mexico.

It will then track toward the Texas Gulf Coast by Friday.

Harvey may strengthen to a tropical storm or hurricane before landfall.

Harvey may then stall or meander for a few days, leading to a dangerous flood threat in parts of Texas and Louisiana.

The remnants of what was once Tropical Storm Harvey will become a tropical storm or hurricane in the Gulf of Mexico and will bring dangerous flooding rain to areas near the Texas and Louisiana Gulf Coast into the weekend or early next week.

Right now, clusters of showers and thunderstorms in the southwestern Gulf of Mexico are becoming more organized, and at least a tropical depression appears to be forming.

An analysis from the University of Wisconsin shows there is some modest westerly wind shear over the remnants thanks to a separate upper-level low pressure system off the Louisiana coast, but that doesn’t seem to be a big inhibiting factor.