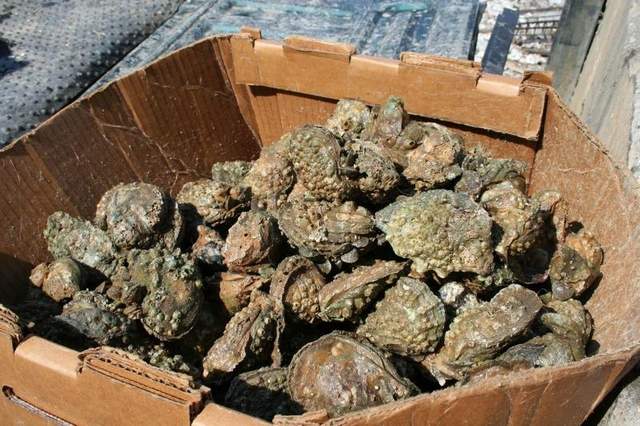 Apalachicola Bay oysters wait to be weighed in Eastpoint.

After wide-reaching droughts throughout the Apalachicola-Chattahoochee-Flint Basin between 2009 and 2012, record rainfall is now flooding the freshwater-depleted region, which could bode well for the ailing oyster population in the Gulf.

Researchers say…read all about it in the Tallahassee Democrat